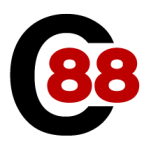 If there’s one image of the Wild West movie forever etched in the mind then it has to be the unique desert landscape found in the southwestern part of the United States. Rail tours allow us to get close to the mountains, canyons, buttes and mesas which are often as much the ‘star’ of the movie as the cowboy hero himself!

By the way, a butte is an isolated hill with steep, often vertical sides and a small, flat top. A mesa is a similar but much larger formation with a flat top greater in length than its height. Glad to have gotten all that out of the way.

These unique geological features are most often to be found in the harsh, arid environments associated with Arizona, New Mexico and Colorado, some of the remotest and least populated regions on the planet. Until the advent of the railways, such country was almost impossible to cross. The desert proved an impenetrable barrier to all but the hardiest or most desperate of souls.

Even the native Sinagua Indians found it difficult to survive here. Montezuma Castle National Monument, located near Camp Verde, Arizona, is a silent witness to the harsh realities of everyday life. But the Sinagua left behind something unique – one of the best preserved cliff dwellings in North America. Although pure speculation, causes put forward for the abandonment of the site at or around 1425 include drought or warfare.

The Grand Canyon is on the itinerary of every visitor to this part of the world – surely! And there’s no easier way to get to this wonder of nature than by boarding the Grand Canyon Railway at Williams and travelling the 65 miles to the South Rim of the canyon. This exciting and most memorable of rail tours takes just a little over two hours.

Flagstaff provides another not-to-be-missed attraction, a huge meteorite impact crater. The crater is called Meteor Crater, or Barringer Crater by scientists, and was formed about 50,000 years ago when a nickel-iron meteorite measuring some 50 yards across hurtled through the atmosphere and all but vaporised when it hit the ground.

Albuquerque is a unique desert town in the middle of the New Mexican desert which can be easily reached via an Amtrak train trip from Flagstaff. It’s a city with a population of more than a million inhabitants and boasts a 300-year history, a laid-back lifestyle, a fistful of top class restaurants and hotels and an annual hot air balloon festival that’s the largest in the world.

A short distance across the New Mexico state line is the town of Durango, Colorado, from where the coal-fired, steam-driven Durango Silverton Narrow Guage Railroad operates. The train winds through the breathtaking canyons of the San Juan National Forest to the old mining town of Silverton.

A distance of 120 miles separates Silverton from Grand Junction, situated slap in the middle of the Rocky Mountains. The city has become a major mountain biking destination and lies some 240 miles from the state capital Denver.

Tue Sep 29 , 2020
Spain is one of the most beautiful European countries. The country stands second to none with respect to natural wonders and man made marvels. If […]